The other day, when we were folding laundry or some other mundane task, Heather looks at me and said “Thanks for doing all the life stuff with me. Not just the fun, exciting stuff.” And I totally melted. We have fun doing silly, stupid stuff, and it’s really the simple moments that mean the most. One of the things I love most about Heather is how she makes “something out of nothing” (a Shovel and Rope lyric I quote a lot), like lighting candles and turning on the record player before I come home from work. (She knows how I feel about lighting… its important things like this that make a relationship, right?!) Making normal life moments something to remember.

While we did all the big life stuff pretty early, like getting Mozey and buying a house in 6 months 😁, we didn’t rush the traditional commitment stuff. The last 2.5 years of being engaged and married have been hard. We lost Heather’s dad, planned a wedding with no family in our city, and generally had a lot of ups and downs. I won’t bullshit you and say we haven’t fought and taken each other for granted. But in the end, I am always grateful to have a partner that I love and trust, and who I know loves and trusts me right back.

Last night Heather and I celebrated 5 years together! I cannot believe it has been FIVE YEARS! Half a decade! Five spins around the sun! In five years, we’ve bought one house, one camper, adopted Mozey, seen the birth of our two nieces, adopted a 2nd dog (Gertie post coming soon), had countless Florida and PA trips and left the country together once (finally!). I don’t know if most married people celebrate their dating anniversary, but 4.13.13 was an important day in my life and one I’ll never forget, so I intend on celebrating it forever! Last year, I was deep in wedding planning hell (have I mentioned that I hate planning?!) and missed writing an update. But, if you are so intrigued, check out my posts from two years and three years! 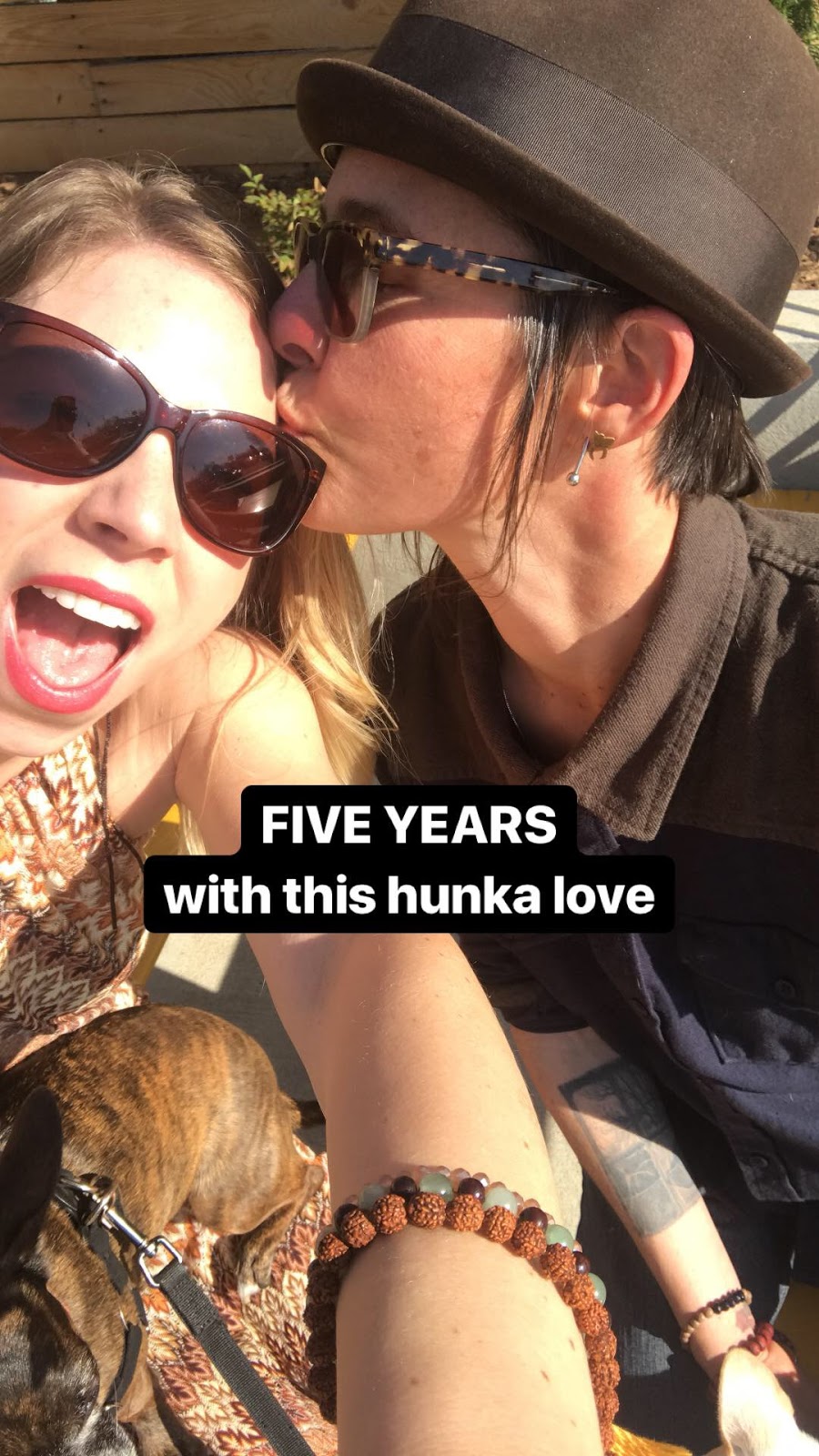 We didn’t have any set plans last night, which meant we went where the wind took us, and it was lovely! We started out at a new West Asheville beer spot called The Whale and each had a tasty, obscure IPA. It was a gorgeous day and we both wanted to spend some time in the sun with the pups. Also, adorable pups means people come say hey and you get to make them take your photo. Win win! 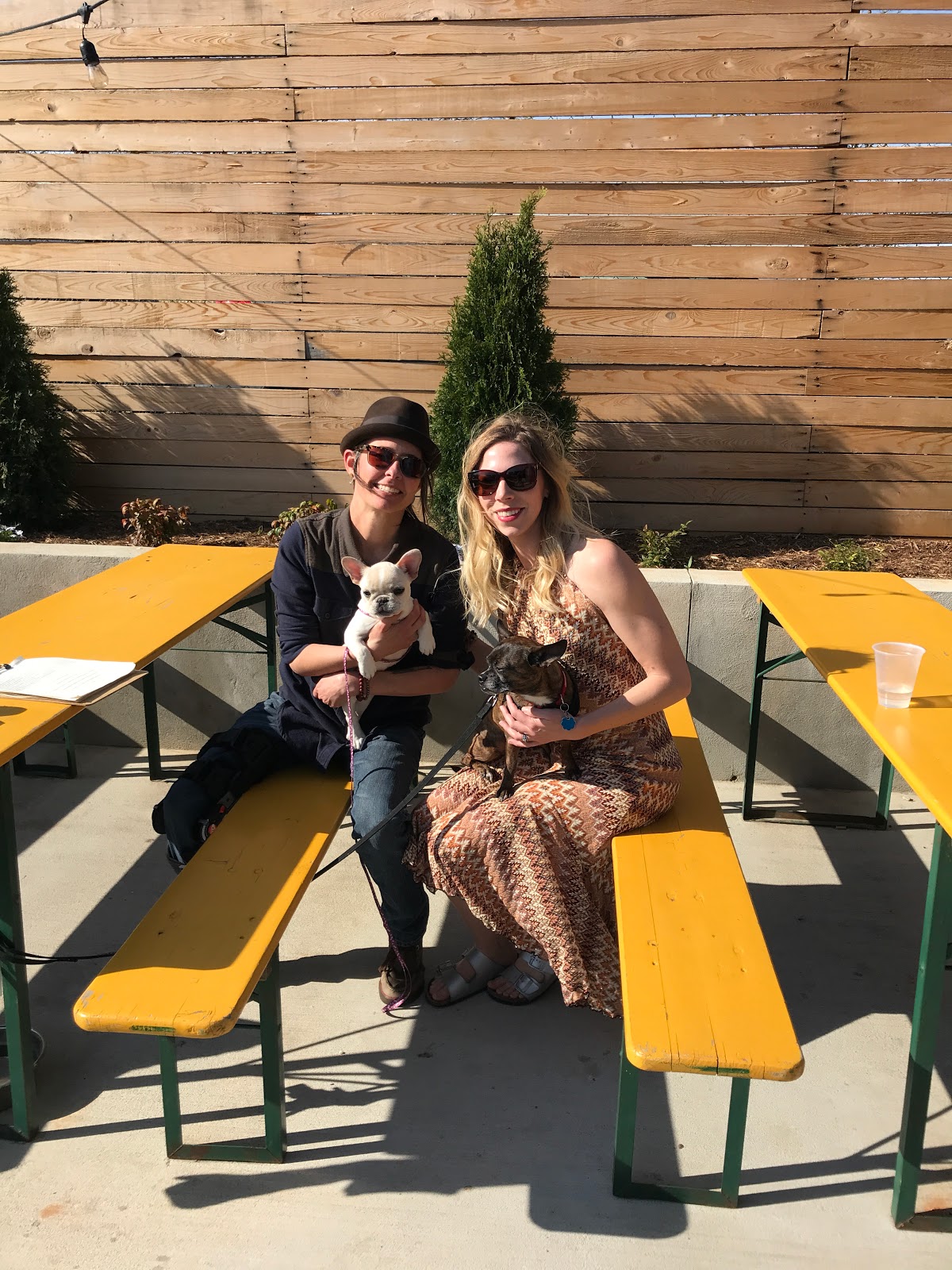 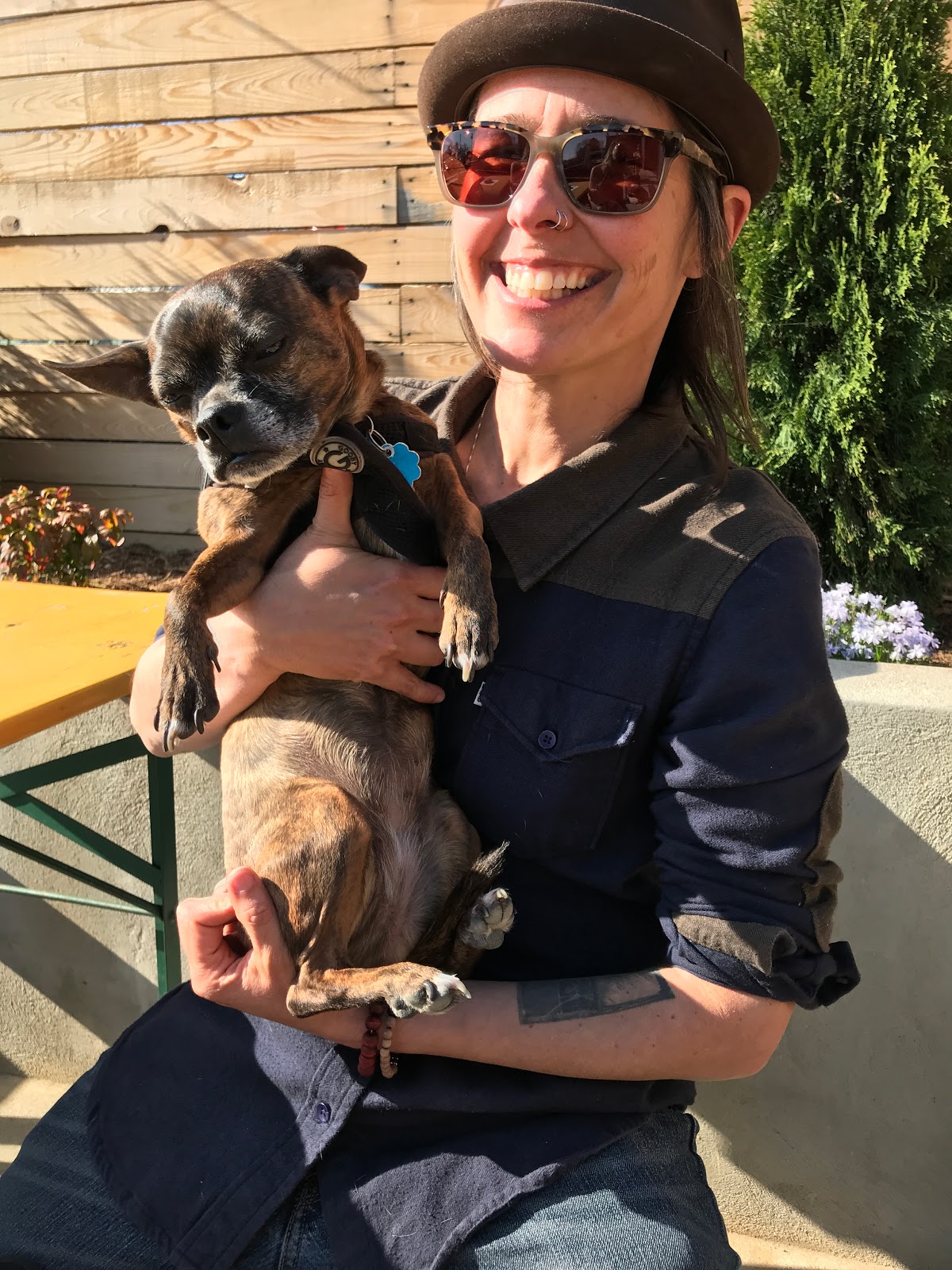 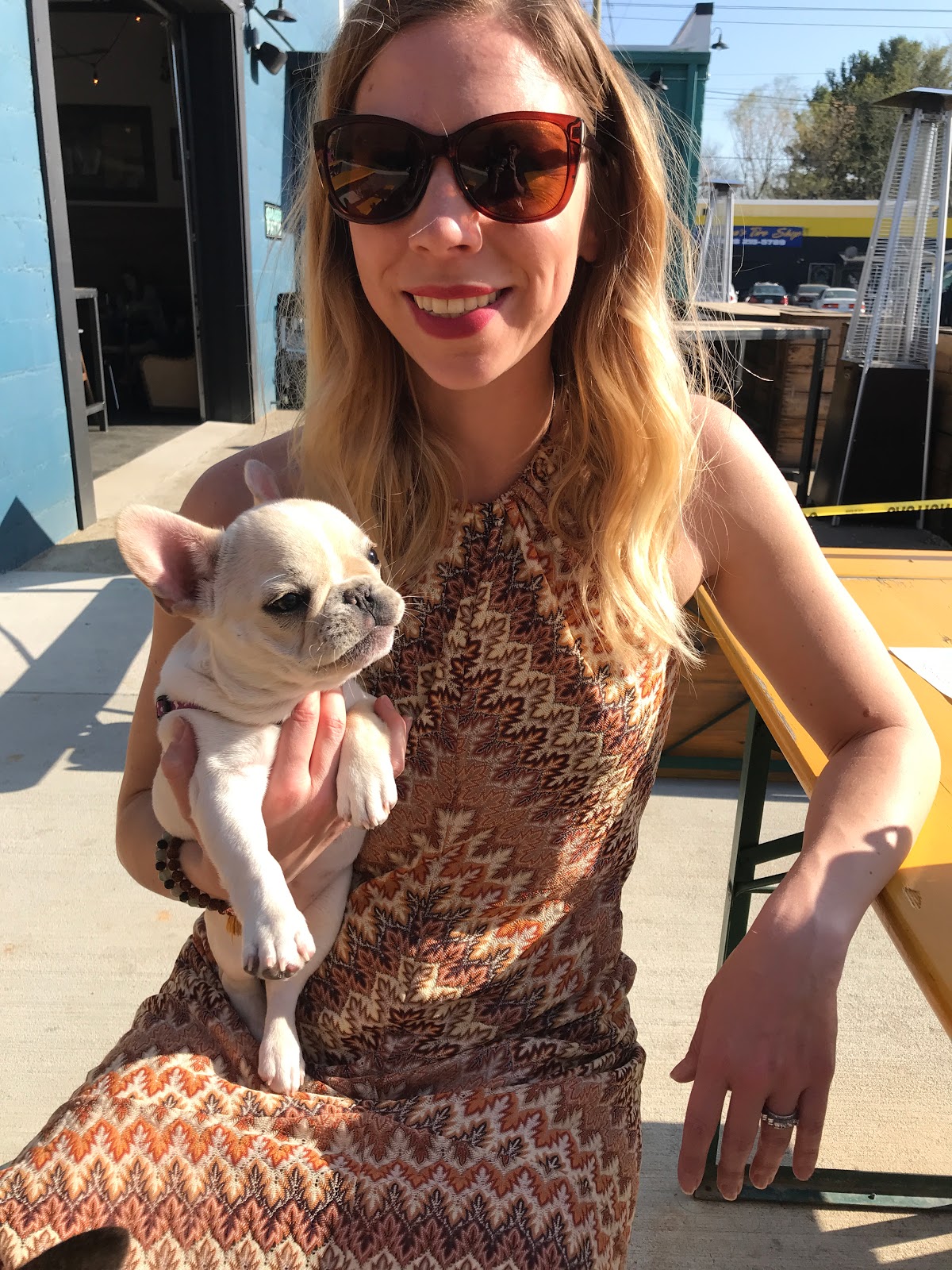 We tried walking to the nearby Oyster House for a snack and another drink, but it was totally crowded and we got really overwhelmed by the barking dogs. Our two dogs and Heather’s crutches became too much, so we took the pups home and decided to take advantage of her Handicapped Parking pass and brave downtown on a Friday night. Most locals avoid downtown Asheville (almost always, but ESPECIALLY on a weekend) but we were feeling brave!

We ended up at Hemingway’s, the new rooftop bar at the Cambria hotel and it was lovely. Waiting 30 minutes for a drink was not, but the view made up for it! We had ceviche and plantain tostadas and they were both delish! 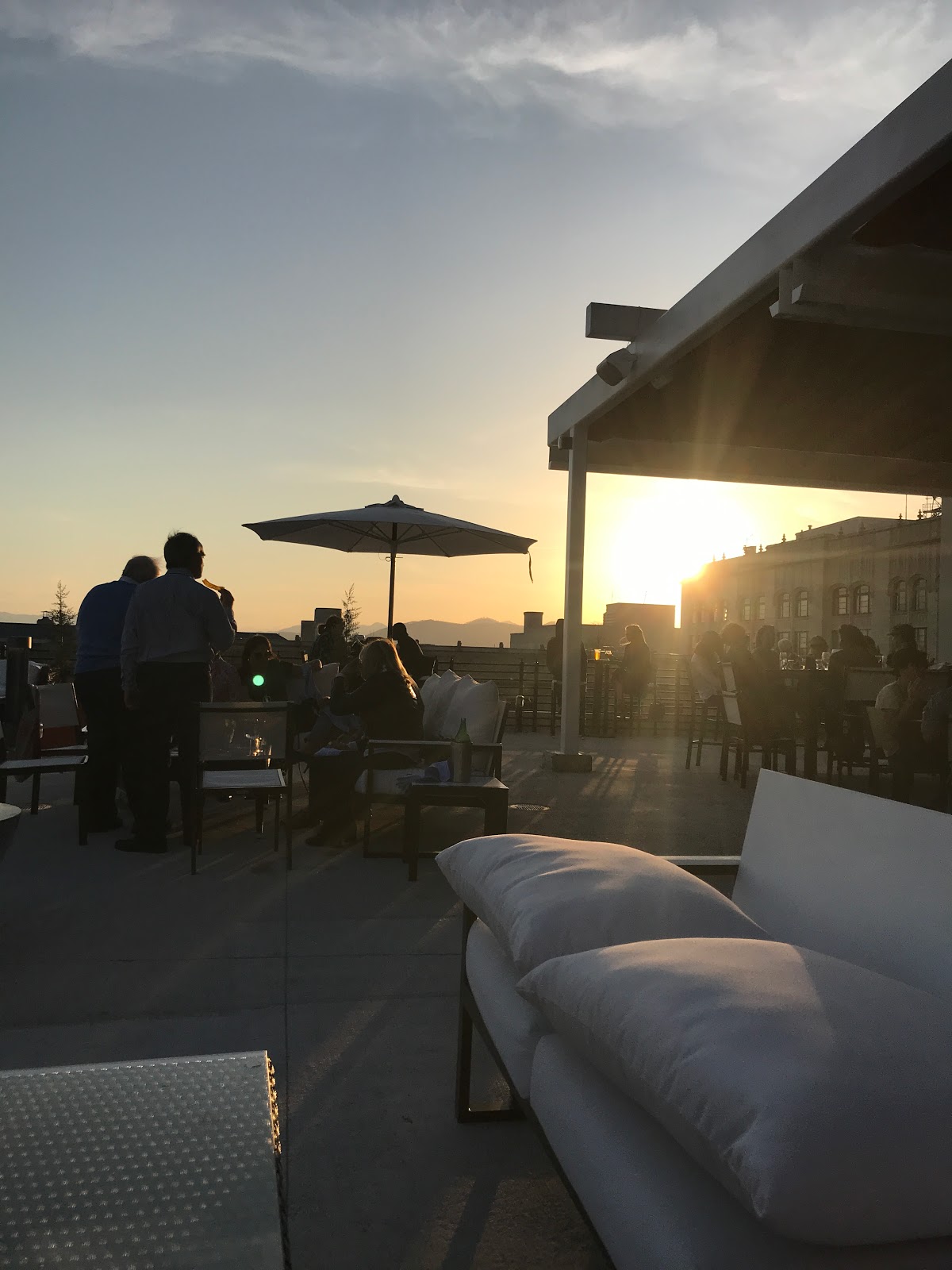 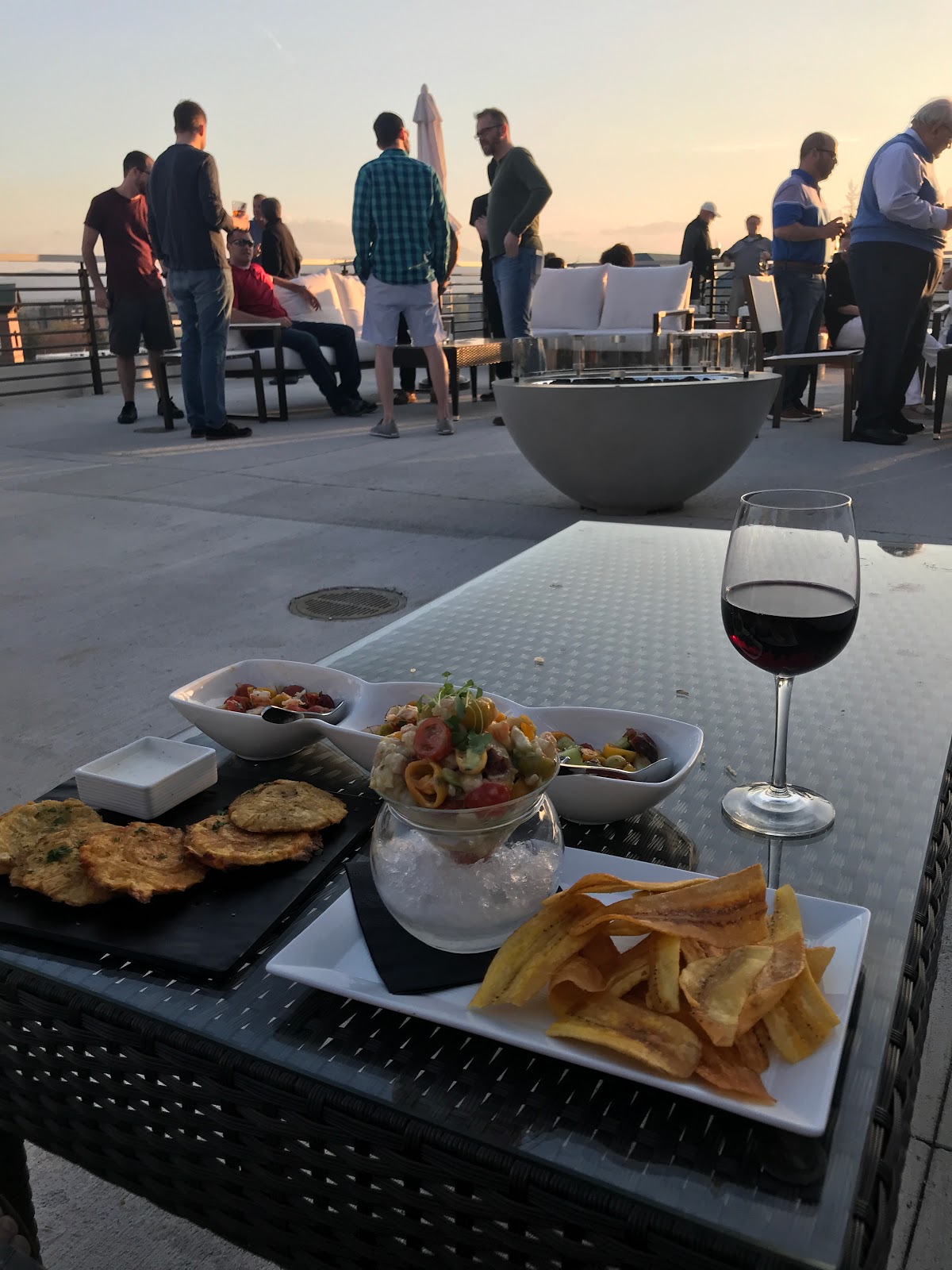 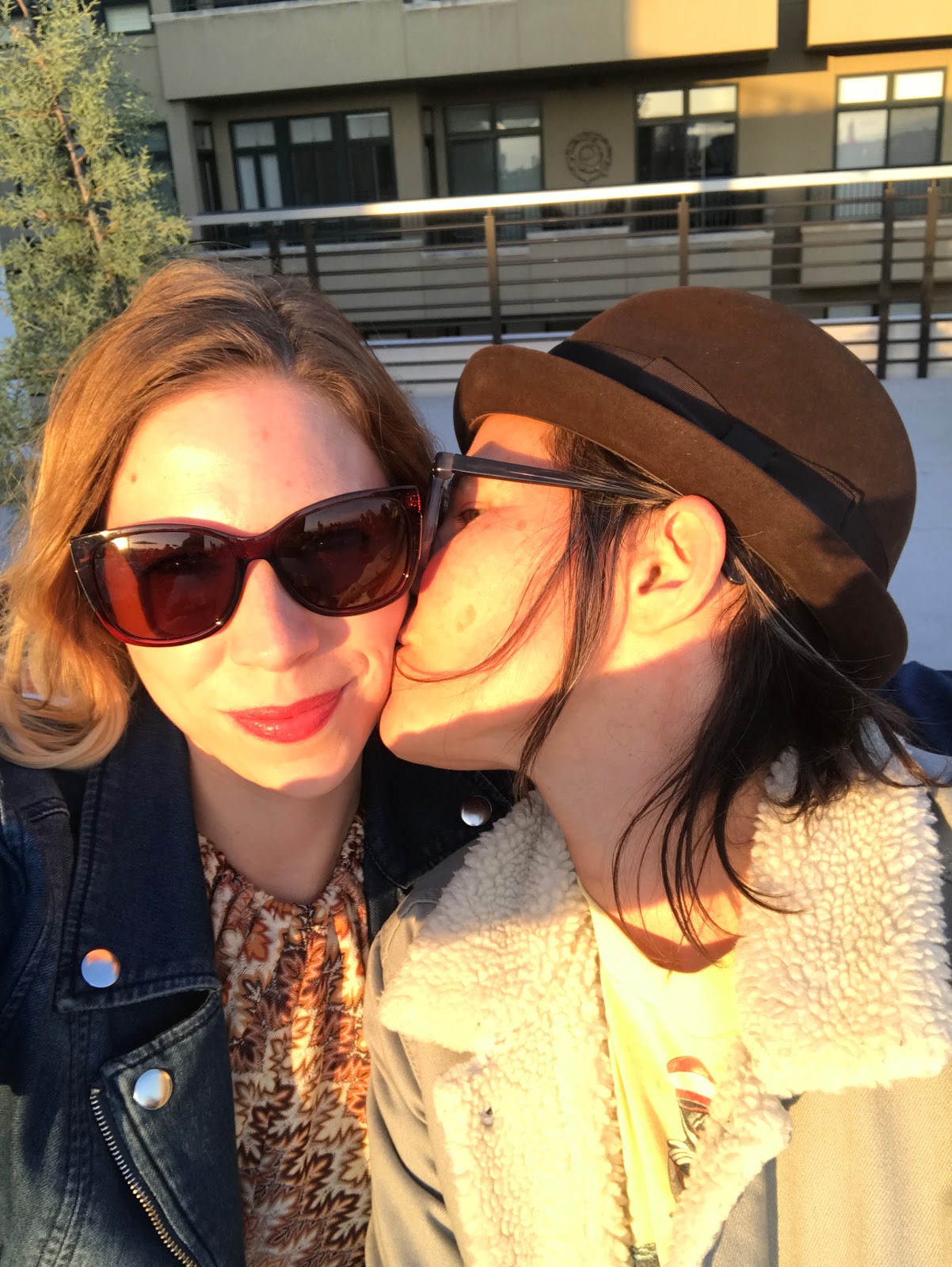 The Cambria is right by the Grove Arcade and as we were leaving Heather suggested we stop by the Battery Park Book Exchange and Champagne Bar, where we got engaged! It is one of the coolest bars anyway, with the winding passageways and stacks of books, but it clearly has special meaning to us. 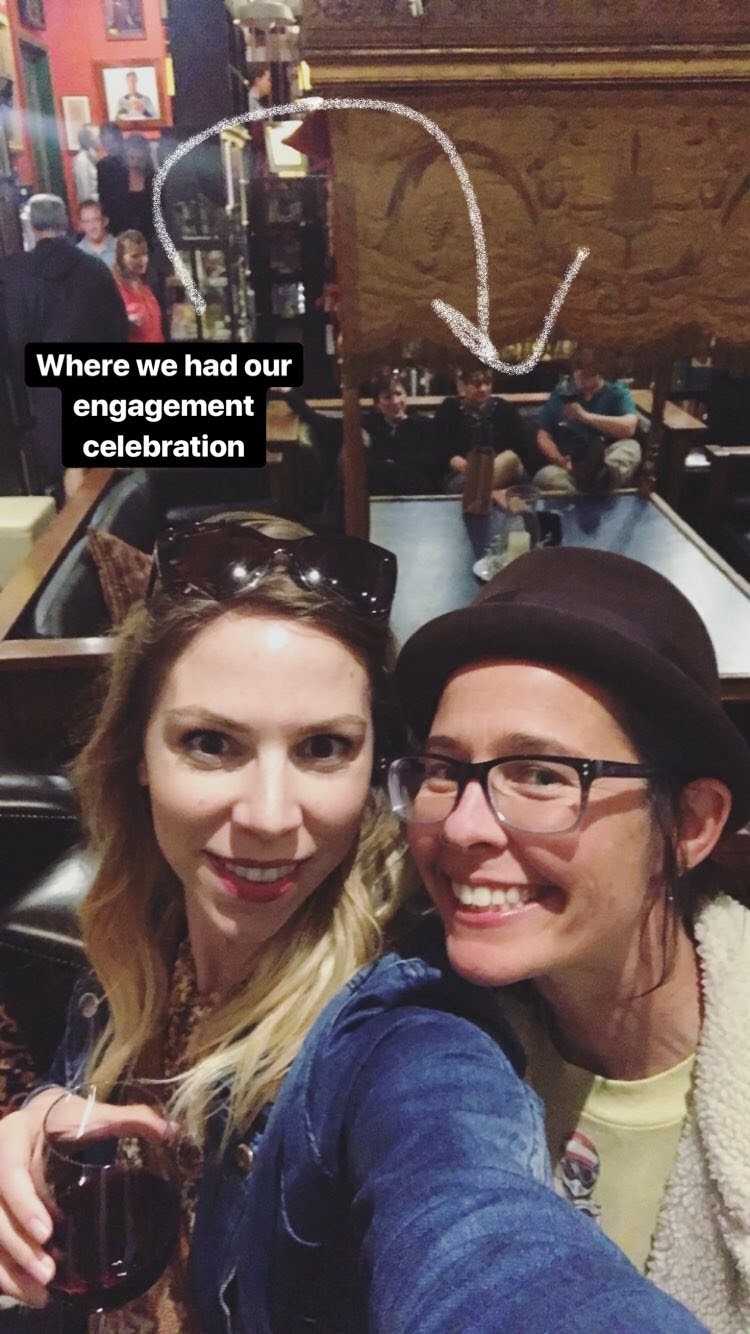 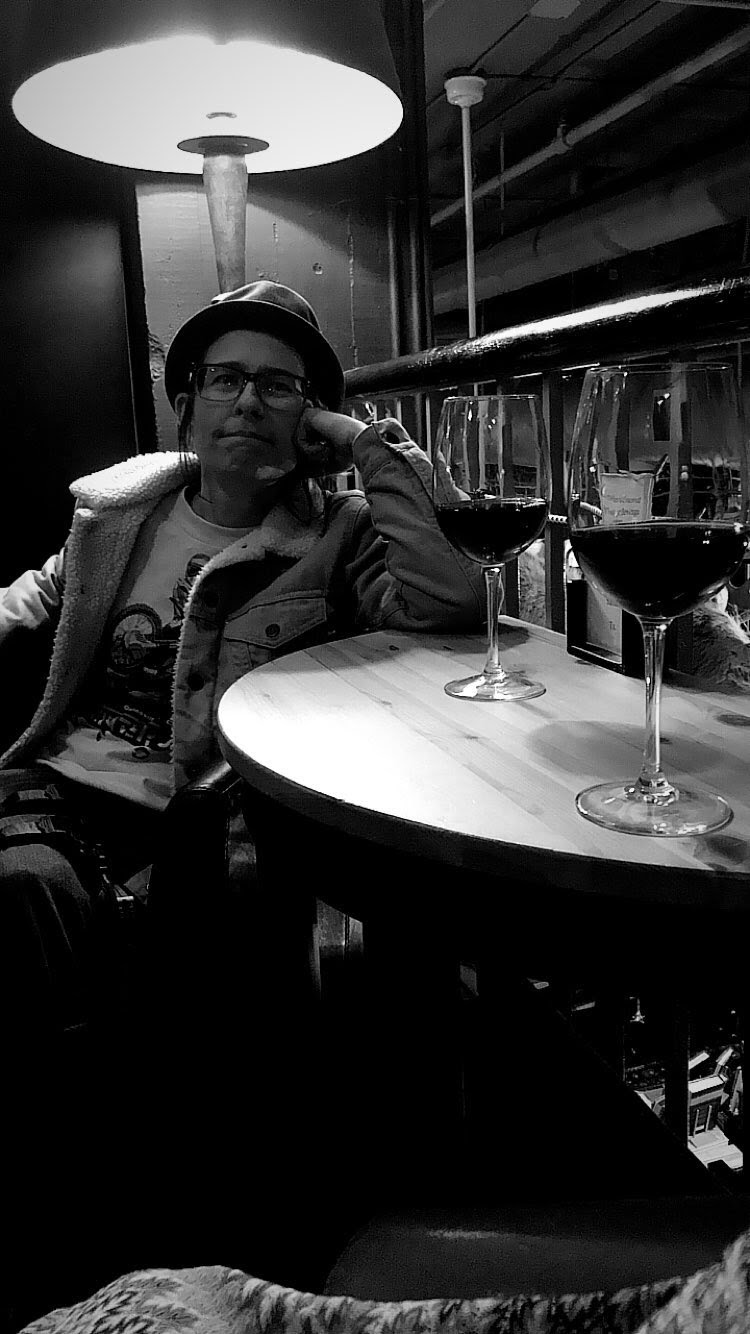 It was a beautiful night and our no-plan plan just rolled smoothly – I love when that happens! Here’s to many more years with my favorite human! 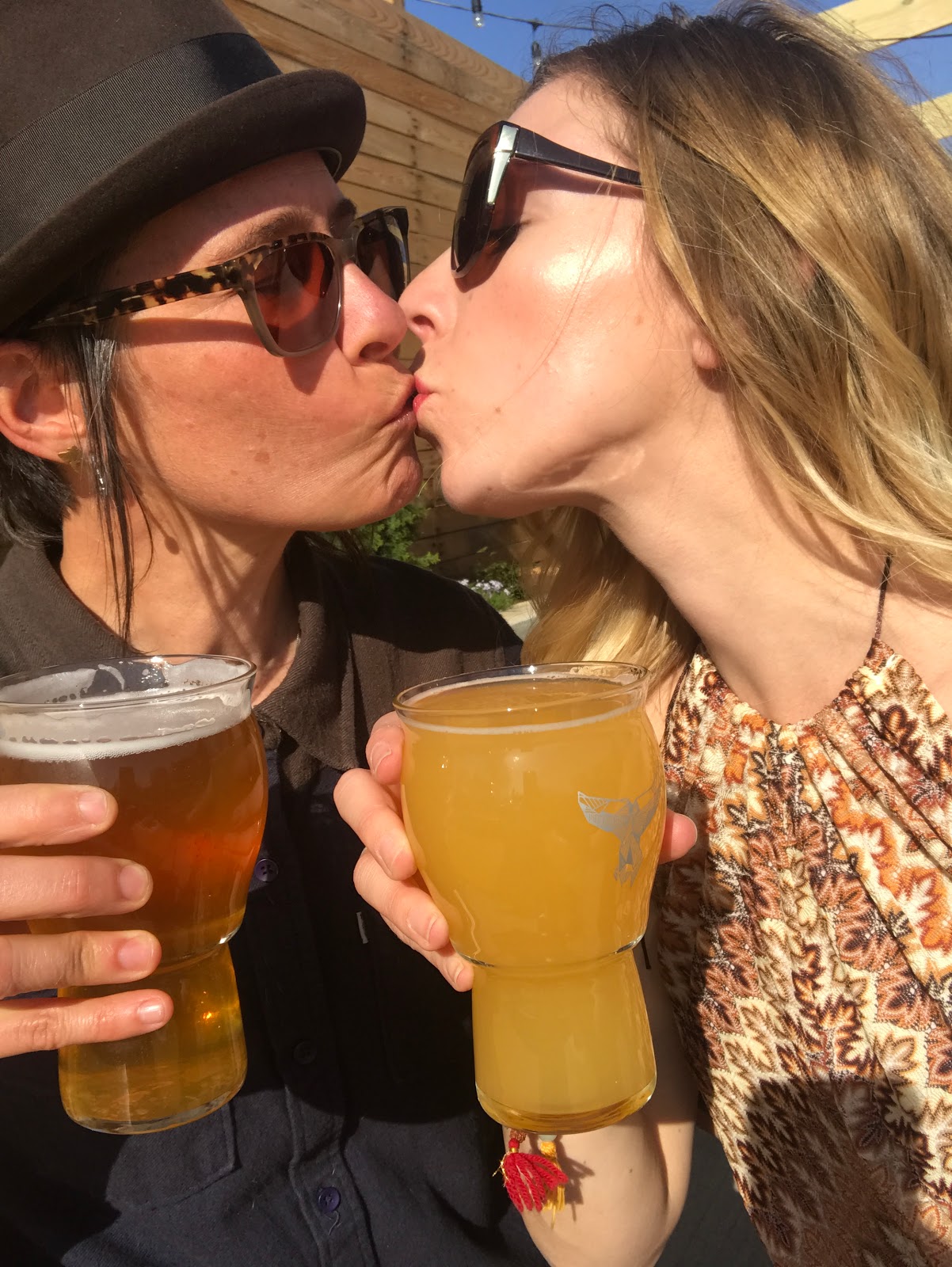