Get ready for the mush.

Heather and I celebrated two crazy years together on Monday! Here we are playing tourist in Asheville, asking passerby to take our photo.  We celebrated with an amazing meal at Limones downtown and then a dance party at home in front of the record player.  We’re real cool like that. 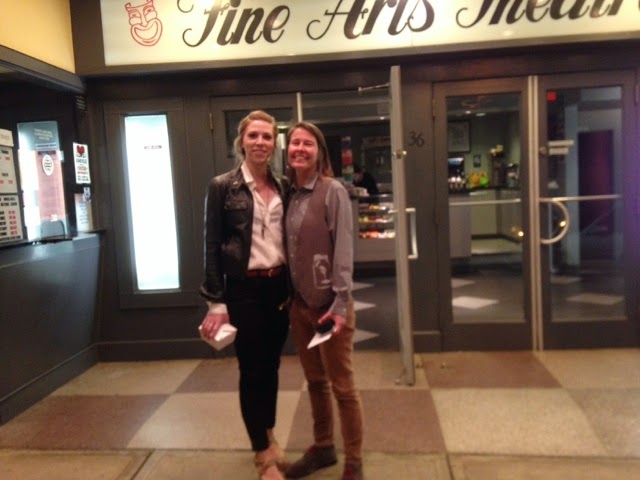 Can you believe it has been two years?! No?  Me either!

It’s not quite fair to count April 13, 2013 as our “anniversary” but I am weird about dates.  Weird, as in I remember them obsessively.  On that day, my best friend from forever was in town and went to get her first tattoo before I dragged her to a show.  When Heather mentioned she was going to see El Ten Eleven with friends that night, I totally pretended my friends and I already had tickets.  How convenient!

So as Abbey got what was surely a very painful tattoo, I nervously sipped whiskey from my classy little flask.  Looking back, that was not very fair of me, since she was the one with needles poking in her, but c’est la vie.  Post tattoo adventure,  we ran all the way down Haywood Road (not sure why) to Isis where I nervously gulped a beer.  (This is not a story of sobriety.)  Once Heather walked in, I tried to pretend I was listening to the people with whom I was talking, but I was totally faking it. Very rude, but very true.  I was so very, very nervous!

Once we finally acknowledged each other, it was over.  All friends were ignored and we talked the whole night, over the music.  MANY apologies to everyone who was there that evening.  If you are a friend, I wasn’t a great one that night.  If you were there for the show, I surely annoyed you by being the rude gal who wouldn’t stop talking.  I mean, it was an El Ten Eleven show, not really one where you have loud, drunken conversations. Despite the drinking, I remember the whole thing clearly.  There were lilies in the bathroom that smelled so strong, and now I always think of that night when I smell them!

And ever since then, we have been solid.  It’s just one of those things where there was never any doubt.  I was never self conscious, I was never scared of getting hurt or showing my true self.  We both just plowed ahead blindly and have somehow come out unscathed.

Tonight, we are going back to the scene of the crime to see the Honeycutters at Isis in West Asheville.  Maybe I will run down the street in commemoration. 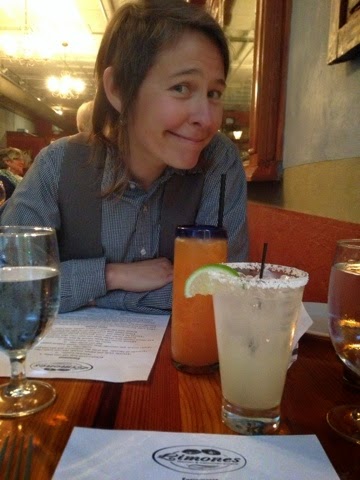