Let’s take an indulgent look back shall we?

Her story actually begins with a different dog.  Last August we went to Florida right after Heather’s friend adopted the adorable, and so tiny, Pip.  The dog discussion had happened many times and the idea of getting one of our own had been festering.  After meeting Pip I filled out an adoption form for her brother Pedro on my iPhone and screwed it up three times.  There was Sangria involved.  The agency wouldn’t let us take the dog out of Florida, which was probably for the best because there was no action plan waiting for us back in NC.  No vet, no food, nada.

But, the seed had been planted and the Pet Finder search was ON.  If you haven’t used Pet Finder it is totally worth checking out.  You can search based on all sorts of parameters like size, age, breed and location.  We knew we wanted a smaller dog since I was in an apartment at the time.  After some intense searching I found Monkeyface and this was her photo:

I mean…woah.  My dad says she is the ugliest cute dog he knows and there is something hilarious about this photo to me.  I love how that baby has her arm around Mozey, she really is that docile.  A week or so later we went to go meet her.  Look how scared and small she was!  I know she is still a small dog but for real… she was so pathetic! Although, the whole “Please sir, can I have some more?” look adds to the tiny factor here:

We spent some time talking to the woman who ran the rescue and learned that Mozey had Parvo and was dropped at a shelter because her family couldn’t afford to, or didn’t want to, treat her.  Parvo is normally fatal and very expensive to treat.  Once she was healthy she was adopted another time and dropped off again, but we don’t know why.   She was then pulled from that kill shelter to the rescue in SC.

The shelter really wanted us to take her home that night but I really didn’t think we could make such an important commitment that quickly.  We left, then stopped in a parking lot down the road for a bit and almost drove back to pick her up.  Ultimately, we went back to the mountains to think.  Two days later we made the drive back to South Carolina and took her home.  On our second meeting, little Mo was wearing an adorable rainbow bandana (werk it) and she finally came to rest at home in Asheville!

The poor thing was a hot mess when we got her, which makes me even more thankful that we could take her home and clean her up. 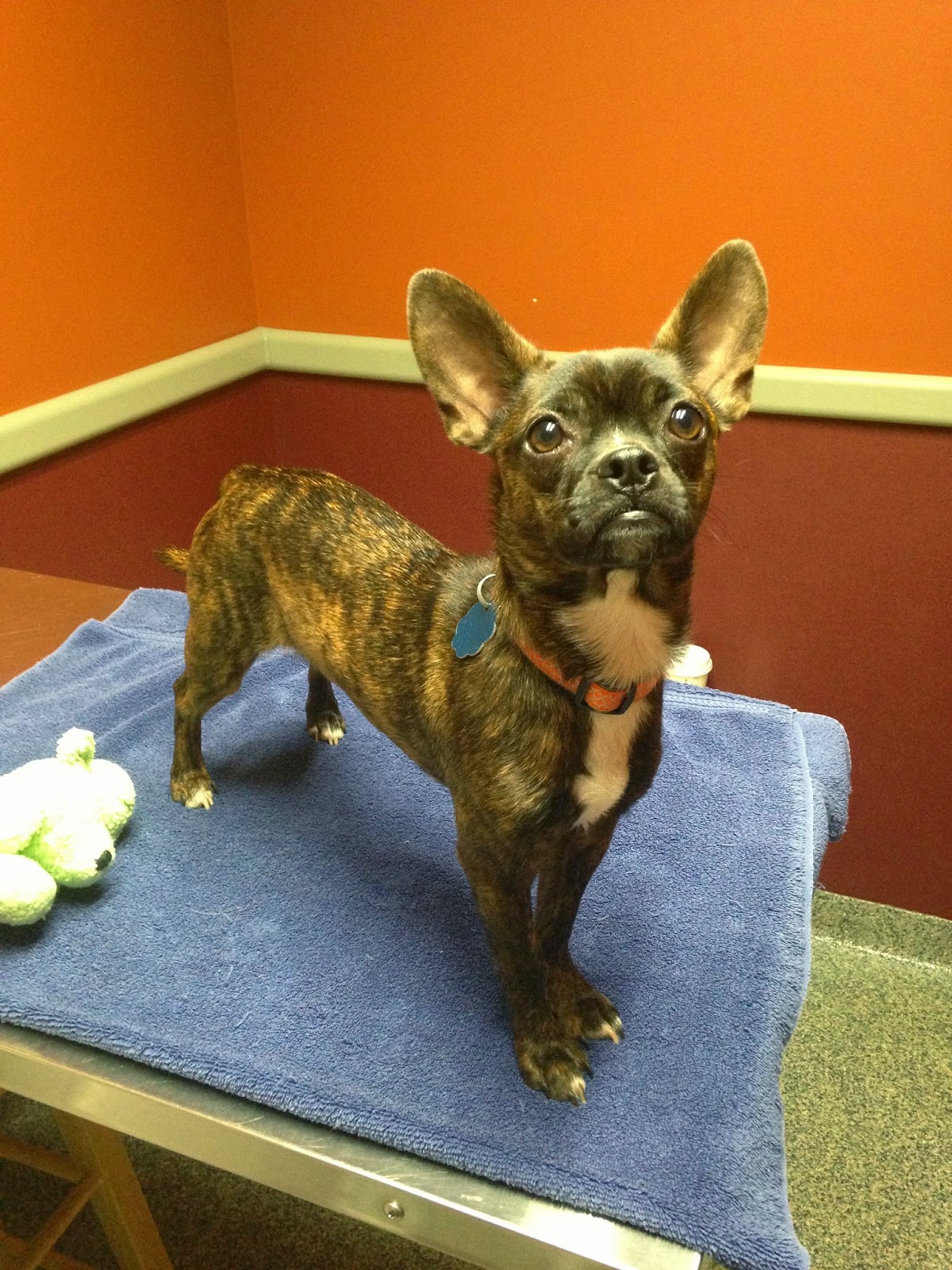 Mozey was actually Hazel and/or Lemon until we took a walk while waiting at the doctor.  A chat with some random strangers outside a coffee shop helped us choose.  Here’s a real cool shot from that decisive moment: 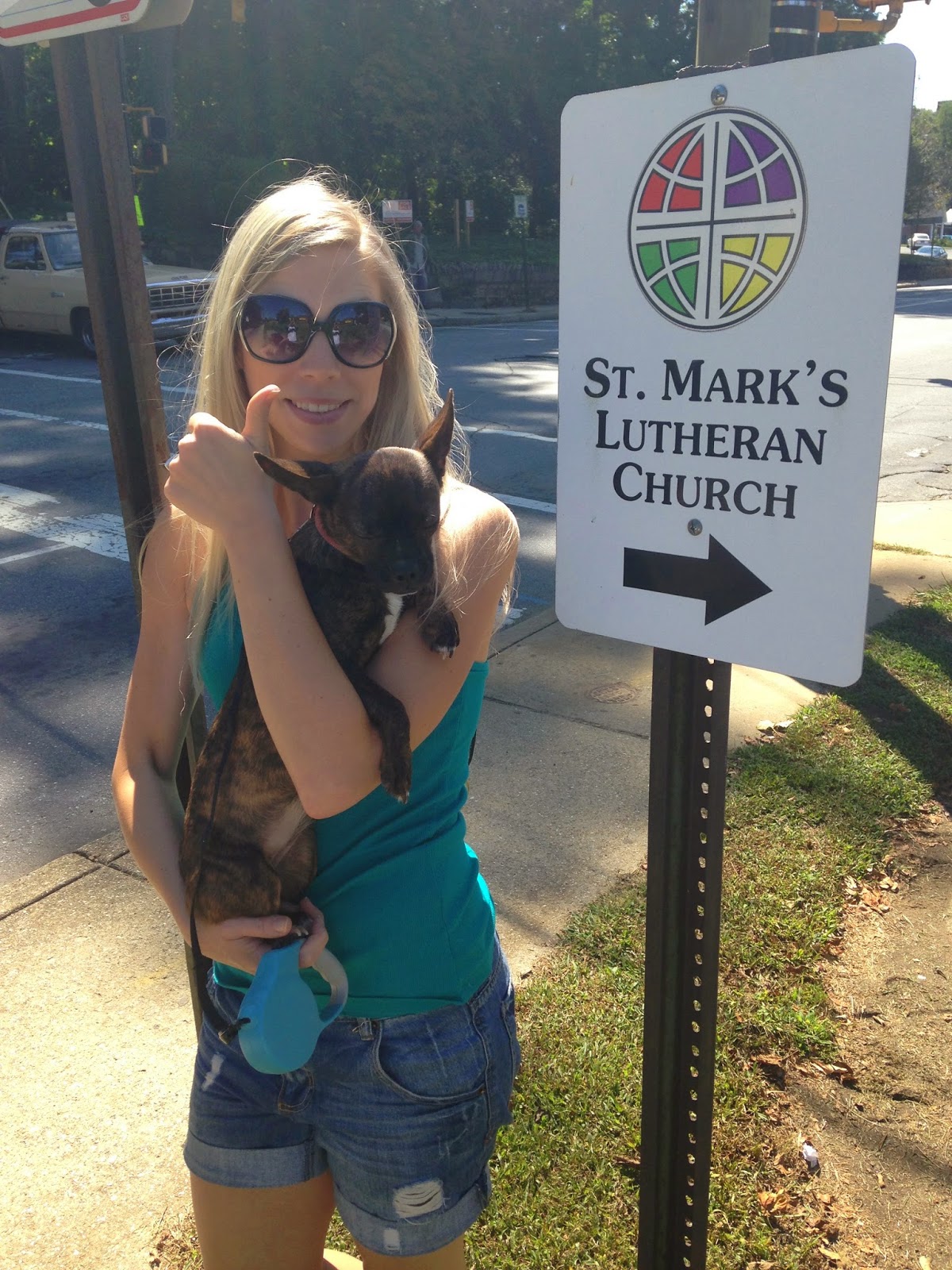 After and then it was off to Boone!  It makes total sense to get a dog and leave on a trip the next day right?  We have pretty much flowed that way ever since and it seems to work.  Here is she conked out after a long car ride: 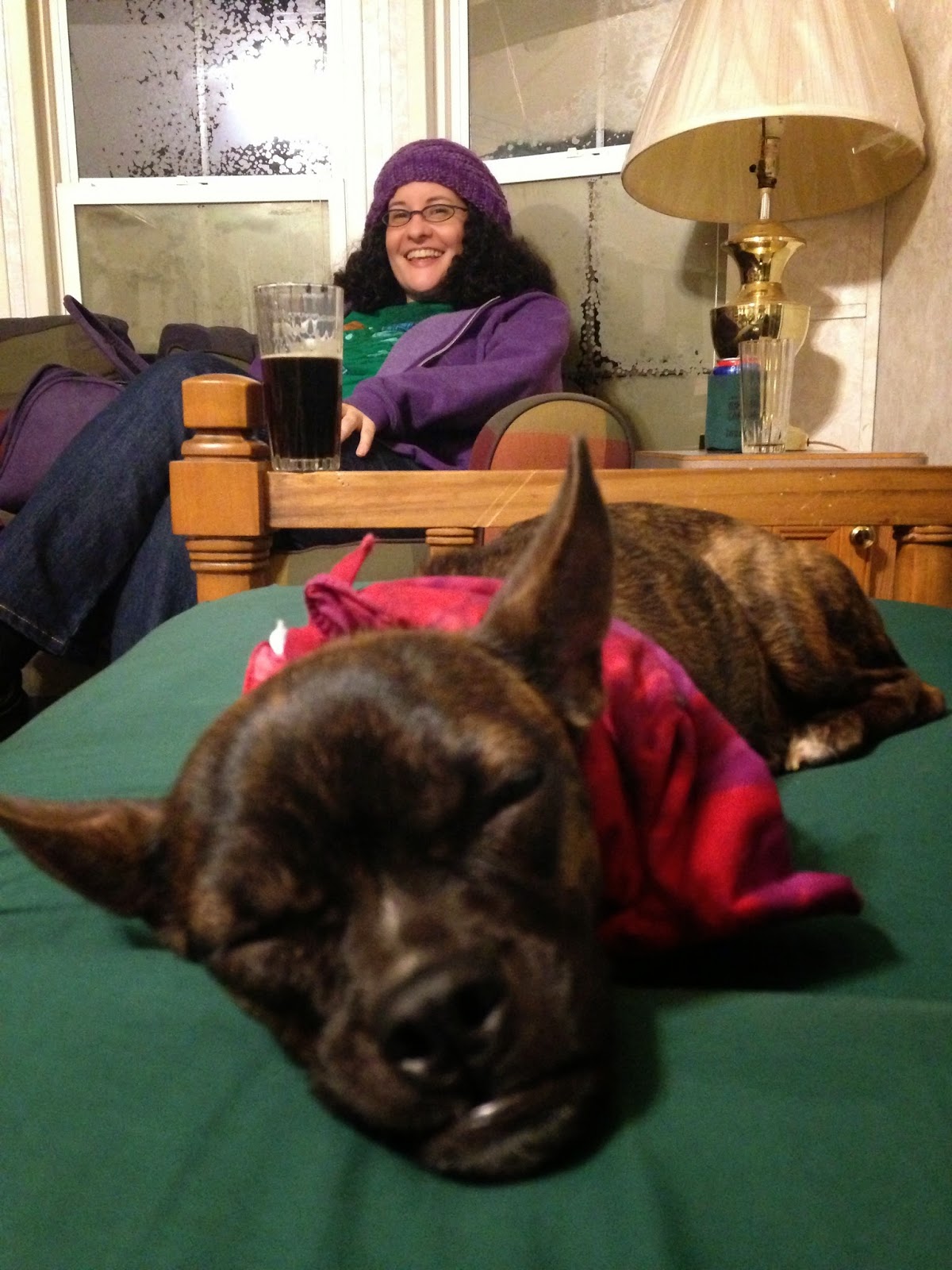 Hiking up on the Blue Ridge Parkway the next day: 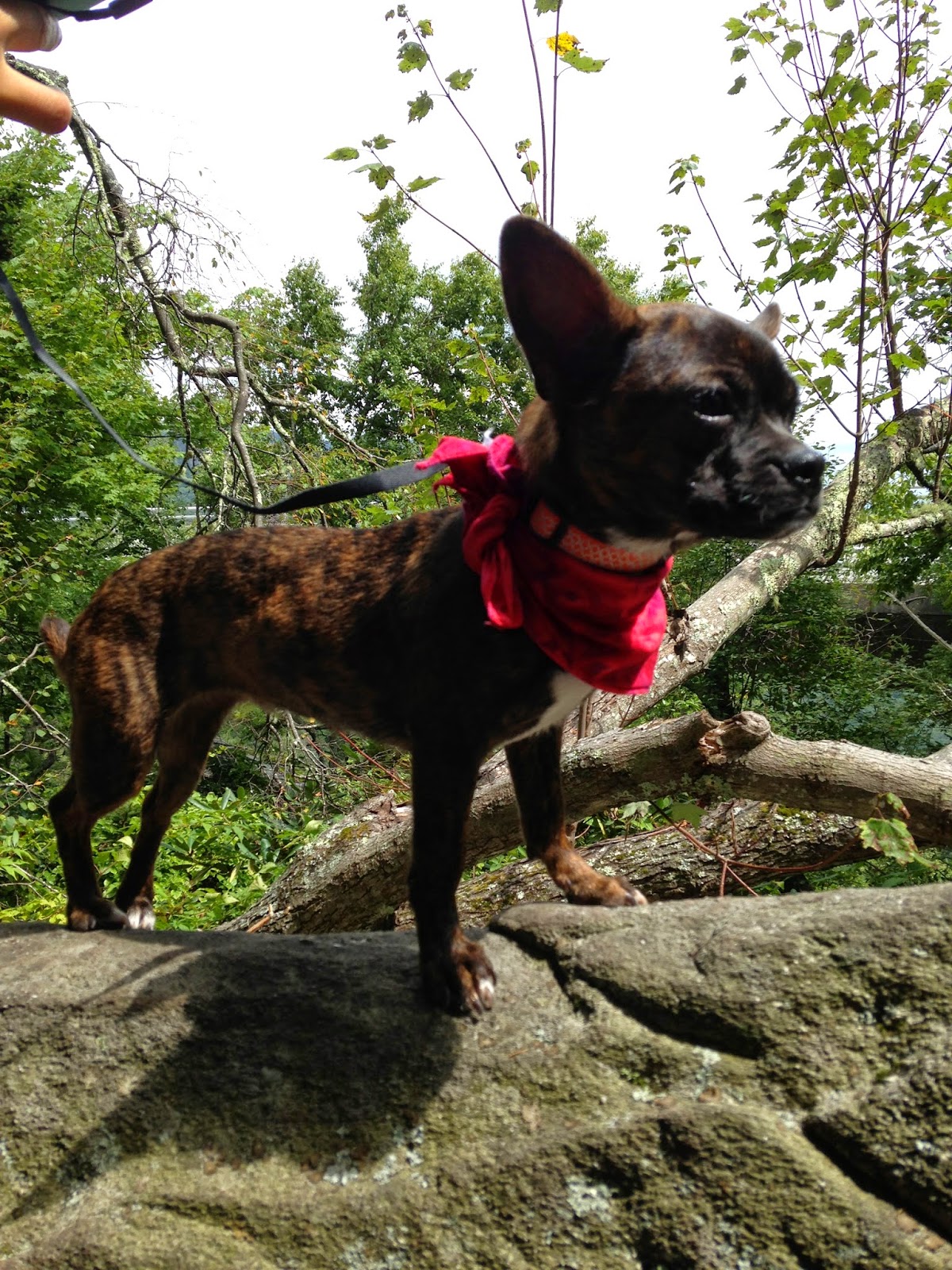 The first weekend with Mozey was a gorgeous adventure and I can only see that continuing.  I never knew how much I could love a furry being until she became a part of our family.

Here’s to many more years together, my little friend! 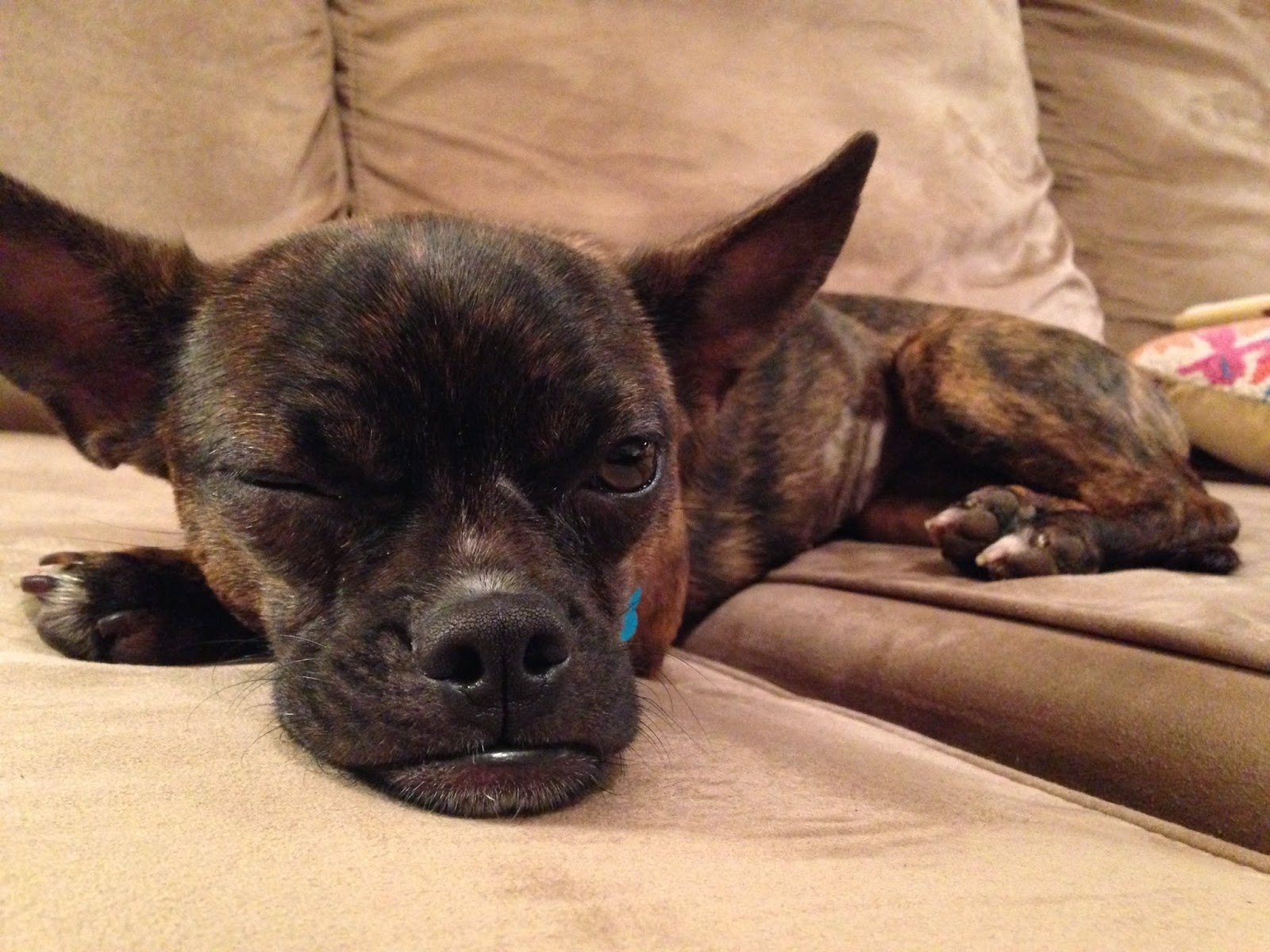